[You must be registered and logged in to see this image.]

Easy three points for us this Saturday as Blues take on managerless and bottom of the table Ipswich.

The tractor boys are there for the taking, Blues are unbeaten in three and should make it four

Should be three points for us on paper. I hope possibly 2-0. Funny old game though. Especially us.

Going for a 3-1 win but have to tell that my predictions are shit. 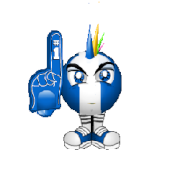 I reckon we'll have a good game today

what can i say come on lads this is emabrising now

mmmm it's half time.

Not long been back.

Thought Ipswich were the worse side I have seen at St Andrews this season, apart from us that is. That was an awful performance from us AGAIN today.

First half we had plenty of free kicks but wasted them all, Butland made an excellent save and DJ scored a good goal for them.

Second half we just plodded along until Zigic came on, the big guy missed a good header and then went through one on one with just the keeper to beat, but the keeper saved with his foot.

A couple of things.

Burke should be in the starting eleven and NOT on the Bench.

Elliott should have been switched to the middle and Mullins taken off leaving Redmond on one wing and Burke on the other.

Robinson did ok - but he's a left back ffs, and I dont like him - get rid of him and play one of OUR kids.

Morrison was man of the match but was very average.

Three home league defeats already this season compared to just the one ALL last season.

Oh and N'Daw ran the midfield for the tractor boys.

Amazing how everybody in the ground could see Ndaw was bossing the midfield so why have we got our version sitting on the bench FFS Clark use Diop is week we are getting over run buy anybody willing to show a bit of Bottle.
Like Kev said Ipswich were bad but how bad does that make us, you would of found it hard to say who was the better team because quite frankly both where as bad as one another. But all in i enjoyed the day but only because i joined Forza who whilst they are up against it try to get something going in the GML just a shame not many others in the GML want to participate.

All in bad day

As soon as we look like we're turning the corner and i start to look forward to the next game, we put in a dire showing.
Cannot understand it, how can we play Leeds off the park on their own patch then look completely clueless against the worst team in the division


I'm afraid Mr Clark that you are certainly not instilling any confidence in me.

I have to be honest here -- I think I would do a better job than you are doing!


I'm afraid Mr Clark that you are certainly not instilling any confidence in me.

I have to be honest here -- I think I would do a better job than you are doing!

At least you made the wise decision to give the game a miss. but just dont see us being any better after his match review

“You know they’re (Ipswich) going to be buoyed by the new appointment of the manager. But we’ve got to come out of the traps and play at a high tempo and we didn’t do it or all the things I’d asked of them."

I am SICK TO FECKIN DEATH with players backing out of tackles.

(But no where near exclusive to them)

And this is not something new. it was EXACTLY the same last year. if you don't want to get hurt in the line of duty fuck off and play a girlie American sport.

Wait for advert to disappear !

Blues are second on.

[You must be registered and logged in to see this link.]