People really think we are going to get promoted with that squad,yes we have added to the squad but what with ? ageing players whos club didnt want them and are no better than what we have left allready plus its going to be a shock when a couple of big name players leave,it seems to me that we are getting quantity rather than quality
Here`s a few quotes from there:

I know we're not out of the woods yet but I can't help feeling good about things at the moment, a lot of positive things happening. Do you think I've got premature speculation?

I've got a very strong feeling of promotion this season and all the news recently is good news, them end of season blues have gone and I just can't wait for the season to get under-way.

My Buzz-is-zinging! I am so glad I have renewed. Can I say a big THANK YOU to Peter Pannu. I was convinced we were on the way out and somehow this guy has pulled us through. When I look at the likes of Rangers and Portsmouth, I thought we were going there, but credit where credit's due this guy has stuck by us through think and thin and after some of the unkind things said on this, the club message board, it would have been easier to walk away.

Some change in mood around this forum since Hughton and Mutch's departures, went from doom and gloom over a potential fire sale to a increased sense of optimism for the season ahead. Have to give massive amounts of credit to Pannu for appointing Clark and supplying with the funds to pursue his targets. It has not been easy but we are once again building a squad capable of competing for promotion.

I think we have a stronger squad than last season, so happy days. Does anybody know how many season tickets we have solld, my mate renewed last week and was told we sold 10000 has anybody else heard how many we have sold. I think we will sell a few more after this week.kro

Our first 11 is as good as anyone elses in the championship tbh.

If we can keep the 11 together and not sell anyone else, steer clear of Injuries and suspensions we should do ok. The new signings do nothing for me tho, Ambrose is probaly the pick of a poor bunch but even he struggled to hold down a place at Palace last season.

We need some back up defenders, a left back in case Murphy gets Injured, a right back for when Carr DOES get Injured, another centre half as well as Ibanez is shite.

What I dont want to see at the start of the season is Ambrose and Mullins starting in the middle for us, Spector (and I dont rate him) and Gomis would be my preffered two until Fahey is back.

I dont get all this patting on the back for PP, Why ? CH has gone, Mutch has gone, Davies will soon be gone, no new shirts until September I have heard...ect ect..I wish PP would fekk off - I wont buy another season ticket while he is here, and it looks like thousands of others wont either. PP and CY are the reason why BCFC is the laughing stock of the Midlands right now.

I'm not worried at the moment. I think the time to worry/Get concerned, will be around January/February, after the window closes again, if our position isn't good.

The squad we have now after these latest signings is quite reasonable in my opinion, with a blend of youth and experience. It may be a little heavy on experience, but that's not a bad thing when you're in a tight spot.

Yes I must admit I'm feeling optimistic, but then again I like to think I always am. I'll worry when I have to. Not yet. We haven't started. 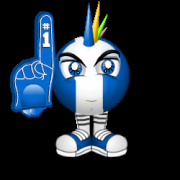 The main point is that nothing as really changed

yes we have got players in yes the squad is looking decent enough or at least the starting 11.
(but have still spent very little if anything so once again things done on the cheap)
Yes we have new kit suppliers or history shows make a decent kit and supply is good
(but this would of had to happen anyway with the things that came to light ref XTEP)
Yes the club does seem to be on a more sure footing IE self supporting
(but surely this is more down to the Staff at the club rather than PP since he only came back into the country a couple of weeks ago after spending a few mths in Hong Kong looking for a buyer)

People are missing a simple fact here. PP is the boss, nothing happens at the club without his say so. if the club is doing, business wise, well then its down to him. if not its down to him.

As hootie pointed out, the club was facing administration in the face. The guys who run the shop, ticket office, reception would have no effect on if it happened or not. its down to the management.

You have to, if you like it or not, give credit where credit is due. PP is the boss, he has to be given some credit for the club not falling apart.

but then again, there always seems to be an agenda when it comes to the board with blues fans....

i m not optimistic about the season just hope we can hold position , top half will do

If we don't sell anyone (which i doubt) we will be contenders for a playoff place again ,time to face facts we are not a big club

would be really suprised if we didnt sell anyone

fatlad wrote:would be really suprised if we didnt sell anyone

fatlad wrote:would be really suprised if we didnt sell anyone

Thats whats kept us from going into Admistration

We're going to win the league boys, didnt any of you know

Gonna be a scrappy campaign again....but thoroughly looking forward to it

William Hill have us 10/1 for promotion.

Is there something we don't know?

odds are dropping and now blackpool ahead of us
[You must be registered and logged in to see this link.]

bluenosebryan wrote:odds are dropping and now blackpool ahead of us
[You must be registered and logged in to see this link.]

So the bookies (combined) have down to finish around 10th!

I would agree with that tbh.